“If you laugh a lot, when you get older your wrinkles will all be in the right place.” – Anonymous

From “Lincoln 365,” by Arnold Kunst
August 1
During one of the Lincoln-Douglas debates in 1858 Lincoln was accused of being two-faced. He responded by saying, 'I leave it to this audience to decide: if I had a face different to the one you see in front of you, don't you think I'd be wearing it?'

'The mind is never right but when it is at peace within itself.' - Seneca 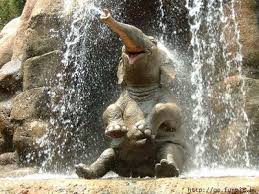