“The strong do what they can; the weak suffer what they must.” - Anonymous

From “Lincoln 365,” by Arnold Kunst:
January 8
The story of Arlington National Cemetery is the story of refined, naked sadism on the part of the North. The Arlington plantation originally belonged to the family of George Washington Parke Custis, the adopted son of George Washington. It became the home of Robert E. Lee when he married Mary Anne Randolph Custis in 1831. However when Lee refused Lincoln's request to take command of Union forces in April 1861 and instead joined the Confederate army to fight for and not against his native Virginia, federal soldiers occupied the estate converting the mansion into a headquarters and the grounds into a camp. With time the camp became a cemetery which insured that the house itself would never again be lived in - thus punishing Lee for giving the rebellion such significant support. The bitterness implicit in this decision outlasted the war - after years of litigation Lee's descendants succeeded through the US Supreme Court in declaring the government a trespasser. Finally in 1883, 13 years after Lee’s death, the injustice to the family was compensated for when the heirs sold the title to the property to the U.S. government for $150,000.

‘If you were arrested for kindness, would there be enough evidence for a conviction?'
- Anonymous 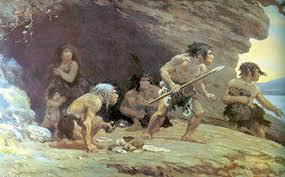 Posted by Lucid Speaker at 9:32 PM