From “Lincoln 365,” by Arnold Kunst
April 12
In the high-stakes run-up to the Civil War immediately after the inauguration, before he knew where the White House bathrooms were, Lincoln faced a constitutional crisis of the first order. It centered on Fort Sumter and came in the form of a letter from the fort’s commandant who said they were faced with dwindling supplies. The situation on the face of it looked like heads Jefferson Davis wins, tails Abraham Lincoln loses.
Lincoln had two options, the one worse than the other. First, he could simply pull the garrison out, but that was utterly repellant because the North would be seen to be acceding to superior might, surrendering what was a federal installation at the point of a gun. The other alternative was to send in reinforcements, presumably to shoot it out. But that military solution was equally impossible. For one thing, the U.S. Army in the spring of 1861 had no more than 16,000 troops, and most of them had been transferred to the northwest portion of the country to provide protection for settlers heading west [sent there by secretaries of war in the 1850’s who were southerners anticipating the possibility of just such a situation]. Furthermore, not only was the Charleston harbor mined but the fort itself was surrounded by artillery manned by South Carolinians just itching to open up.
After careful deliberation the new president arrived at a third option: he ordered a ship fitted out with food and medicine to sail as soon as possible for Charleston. He then notified the South Carolina governor that that was what he was doing.
That simple decision turned the tables completely. It was now, heads Abraham Lincoln wins, tails Jefferson Davis loses. Lincoln, given a choice between withdrawing or reinforcing the garrison, had, by some sorcerer’s incantation, arrived at a third alternative: send food and medicine to re-stock the garrison. Now Jefferson Davis was presented with two choices, but for him there was to be no third option. The South could either allow the humanitarian ship entry to the fort and thus prolong indefinitely the unbearable sense of crisis, or accede to the bombardment because those South Carolinian hotheads hadn't the patience for any other course of action. So when the South did fire on Fort Sumter, Lincoln lost a fort he couldn't maintain anyway, but gained an enormous psychological advantage in that thousands flocked to the colors with the following open-ended mindset: ‘they started it, and we’re going to finish it.’ Lincoln may have been an inexperienced prairie lawyer, but proved to be a consummate strategist. He also appeared to be remarkably cool under pressure.

‘No problem can withstand the irresistible force of a strategist replete with sustained, creative ideas.’
- Anonymous 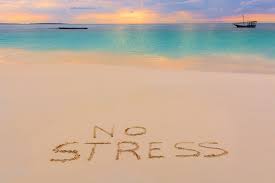