From “The Human Condition: A User’s Manual,” by Arnold Kunst
20 November
Going back to prison when you're on parole is dead easy. You've got a dead-end job taking tickets at the local 24-screen cineplex. One of your buddies is keen to see “The Freddie Kruger Meat-grinder,” and he wants you to get him in for nothing. You tell him, ‘I could lose my job over this!’ ‘No way!” the guy assures you. “I’ll be at this exit at 2:23 PM on Saturday when people are leaving after one of the other movies gets out. You be at that exit at that time to let me in. The general manager won't even be there - he doesn't come in on a Saturday until the night when the crowds come, right?" You agree because you can't figure out how not to agree. And besides, it's not as if you're stealing from anyone, right? The boss he’s talking about is a kind of caretaker for some faceless multinational conglomerate - they'll survive just fine without the $12 they'll be missing out on. And besides, he’s a buddy. So Saturday comes, and the plan goes off like clockwork [even though your friend brings along another two guys with him]. A few weeks later and "Terminator 17" arrives, and of course your friend wants to pull the same trick again, so you say yes again - only you find out the hard way that the three guys who came the first time told some of their friends and now twelve guys come streaming in. Naturally, someone notices, the manager finds out and you’re fired. Now you're in more serious trouble than you care to admit to, but the outcome is in no doubt at all. First, you're really angry. What you tell yourself is that you got fired for helping out a few friends, and it was all over just a few bucks – and like Donald Trump and the women-groping thing, you’re thinking, “what's the big deal?” Second, your source for money has dried up but not your need for money. So without too much thought you end up creating a victim where there was none before, you get caught and you’re back in prison. Again!
See? Dead easy! 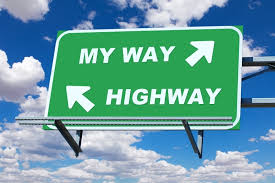 Posted by Lucid Speaker at 2:52 PM