“I don’t want to promise heaven unless I can bring it to you. I can only see a little distance up the road.” – Woodrow Wilson

From “The Human Condition: A User’s Manual,” by Arnold Kunst
29 December
“A distinctive facet to Lincoln's abiding appeal was the matchless power of his words – an absolute essential in a leader of men since we humans are creatures that live and move and have our being in a world of words as fish in a world of water and birds in a world of air.


One reason his words were so powerful was that he used them so judiciously. How often did he say that his personal inclination was to refrain from saying anything unless he sought to achieve some good by it? [By contrast, how many politicians do you and I know who are firm believers that there is no such thing as bad publicity, who simply can’t resist the seductive power of a TV crew?] But when Lincoln did have something to say, the subtle alchemy of his words had a way of sweeping up his audience into his world with the concerted power of one who is master of that world down to the final semi-colon. And since writing was a skill he practiced virtually all his life, he could – and did – impress effortlessly. That is the part of what came to be called the Gettysburg Address that is ho-hum - he put relatively little time into its composition because he had little time to give to it. But that condition applied to virtually his entire literary output. He wrote in keeping with his own early description of his politics – short and sweet like the old lady’s dance with no wasted movements. In short, whatever left his pen habitually had had all the dross already burnt off, leaving only a residue of pure gold.” – Arnold Kunst 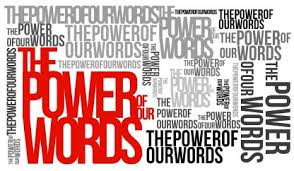