"Every natural function can be dignified by deliberation and privacy. Let us leave hurry to slaves." - Ralph Waldo Emerson

From “Lincoln 365,” by Arnold Kunst
May 8
At the end of June, 1864 Salmon Chase offered Lincoln his resignation as Secretary of the Treasury for the fourth time. Lincoln had refused the first three times because the country needed Chase's dazzling financial wizardry, but - unknown to Chase - Lincoln had already settled on an adequate replacement and so accepted his resignation this time. Now Chase, who wanted very much to be president himself and who had worked to undermine Lincoln at virtually every opportunity, was free from the constraints of being in Lincoln's official family and could campaign for the Republican nomination openly - but he did not have enough time to work up the necessary head of steam to win the nomination for himself. Lincoln had, in effect, utilized to the maximum the man's boundless skills, then cut him loose too close to the Republican convention for his run for the presidency to pose a serious threat to Lincoln's own bid for re-nomination. 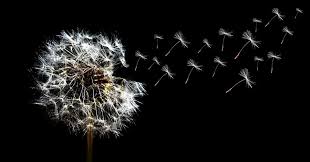